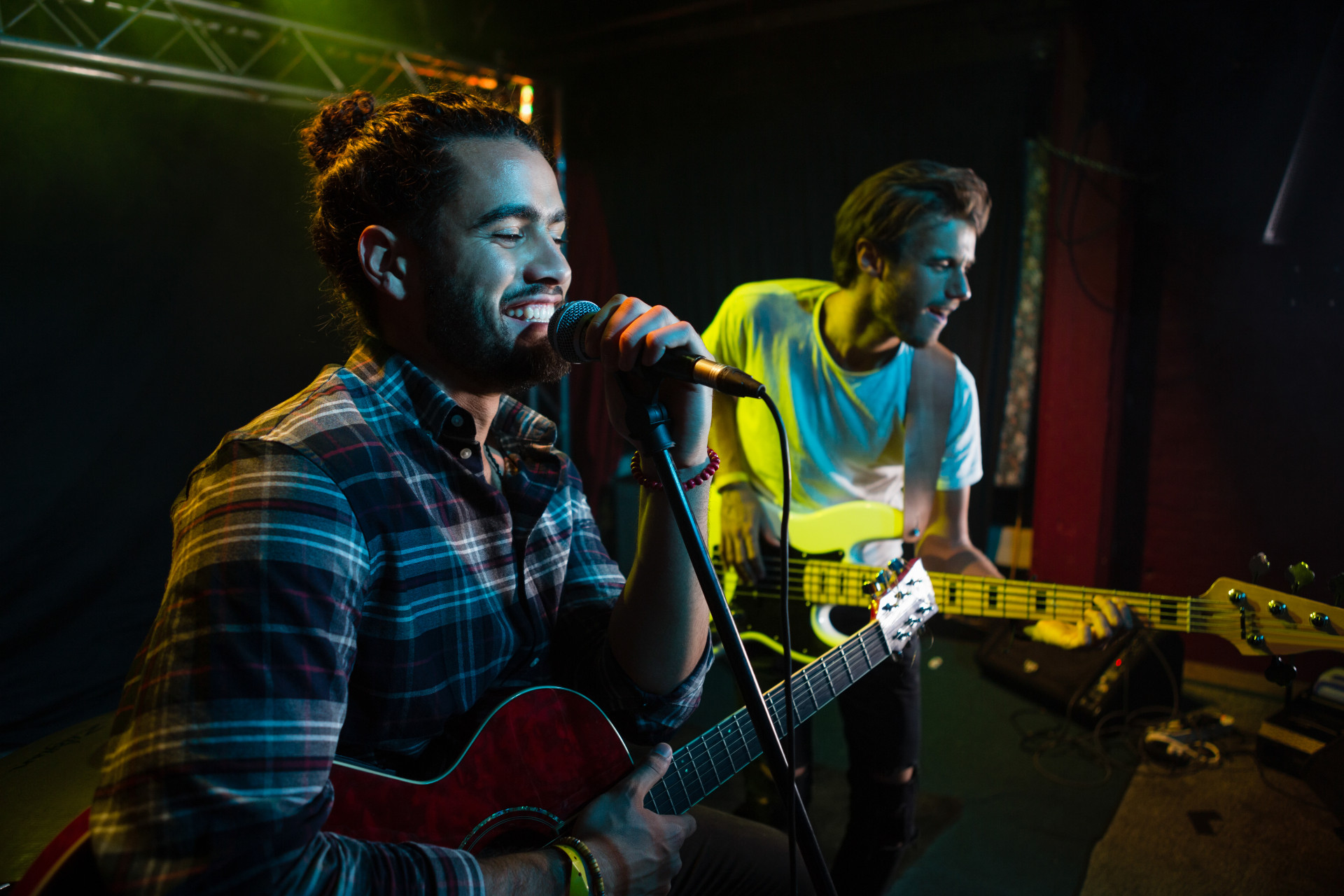 Alternative is a collective musical term that has been used as a synonym for DIY, underground, and independent music. It started in the USA in the late 70s and became popular in the 90s to differentiate it from the mainstream of that time.

Further,  with the success of grunge and crossover, the term advanced internationally to a collective musical term. With increasing success, the term alternative grew increasingly into a broad collective term for all forms of commercially successful music that evolved from the Underground with iconic alternative rock and indie pop and pop-rock band bands, shaping the musical styles and the music history.

So, are you looking for the best Alternative Popo Bands for your next events and parties?

Then, the right live band will make your event an unforgettable experience and round off your entertainment program perfectly!

Screen and recruit the best music bands with Eventeus.com!

Because Eventeus is a digital talent marketplace supporting talents from all around the world. Musicians of all kinds can set up their profile and provide their services. Further, job offers in the music industry can be posted.

What is Alternative Pop?

In the late 1980s and early 1990s, significant labels discovered the bands from the independent environment for themselves.

Also, the success of artists as diverse as The Pixies, The Cure, U2, or The Smiths changed the perception of the previous alternative music.

As a result of this development, well-known brands and new performers were able to sign significant contracts.

The term “alternative” replaced the term independent, which was linked to the aspect of commercial independence, and casually categorized artists who can be under contract on both an independent label and a major label.

People who read this article also read  Hire acoustic bands for your Events with Eventeus.com!

Further, against this background, alternative is also an umbrella term that was placed for reasons of market policy and media impact. Alternative thus also transfers the underground creative function in the search for new forms of expression and sound structures in a media and market economy used and mass-compatible context.

Also, this definition of indie-pop deliberately goes back to the origin of the word and is based on bands and subgenres, all of which have their roots in the United Kingdom.

What is the best Alternative Pop Band?

The Smiths may be seen as the indie-pop band because they – after punk and post-punk – pursued a completely different musical approach, which was more influenced by the cool, melancholy New Wave. In contrast to indie rock, loud, distorted guitars were no longer in the foreground. Electronic elements were also increasingly finding their way into music.

As a result,  iconic singer-songwriter and indie rock and pop artist, Lana del Rey has also traced and facilitated the way to success and recognition for alternative pop bands, music artists, and another band, as she is both a famous alternative pop singer and a great producer.

How much can you make in an Alternative Pop Band?

Let’s try to sum it all up to see what a professional musician can earn in a year. Let’s look at the most common case, that of a conscientious professional who seriously does what he can, without being a creative genius or a fantastic virtuoso.

Therefore, there is necessarily a critical period in the beginning, during which one cannot earn enough to live. There, it’s getting by the partner earns a little better, or we do a part-time job on the side for a year or two to make the transition …

But the best way remains to maximize your presence and get more gigs!

Who are the most famous Alternative Pop Bands?

First, the essence of indie-pop was influenced by the harmony of the “Big Bs” ( Big Star, Beatles, Byrds & Beach Boys ), the DIY idea, and the punk sounds from Ramones or Blondie.

Firstly, it does not mean indie rock, which Americans define, and above all, not every type of pop that comes from the indie sector.

It should also be clear to everyone that a definition that mainly goes back to the early/mid-80s and twenty years later can no longer have the same sharpness.

Besides, we need to talk about the Smiths!

In particular, it was the prototype of indie rock and alternative pop bands: The band around icon Morrissey and Johnny Marr started in 1982. Further, just five years of existence was enough for them to shape, influence, and become indie rock prototypes with their aesthetic style.

Even today, Marr is admired for his guitar playing, and Morrissey is revered for his melancholy, sarcasm-dripping lyrics. Amazingly, The Smiths rarely made it to more significant popularity outside the UK during their playing days.

Nevertheless, you can still hear this band’s influences in many successful indie rock acts of our time, such as Belle and Sebastian, Radiohead, Oasis, or The Libertines.

Are you looking for alternative pop bands near you? Would you like to connect with the best professionals around the globe? You can now access a comprehensive network online!

Eventeus is a modern online marketplace that connects the best freelancers, artists, and professionals worldwide to customers and companies looking for people in the field of entertainment, music, dance, events planning and set up, and more.

Eventeus has been working very successfully in the entertainment industry for years. Also, with an extensive portfolio of artists, musicians, DJs, and various technical equipment, such as our bestseller, the illuminated dance floor, we offer the right entertainment for every occasion. With us, you get your cocktail bar, a photo booth that provides additional memorable value, or the lighting technology that gives your party that special touch. From the solo piano player for a classic, stylish champagne reception to a rock band that turns night into day, their own casino, a magician, and any other highlights, we have everything ready for you.

People who read this article also read  Find Punk bands to hire for your events on Eventeus.com

Join the Eventeus.com community now and find the best professionals to maximize your guests’ impact, learn new activities, develop your events and create the best parties anywhere around the world in a few clicks!

Hire music bands for your events with Eventeus!