How to draw graffiti with Eventeus.com! 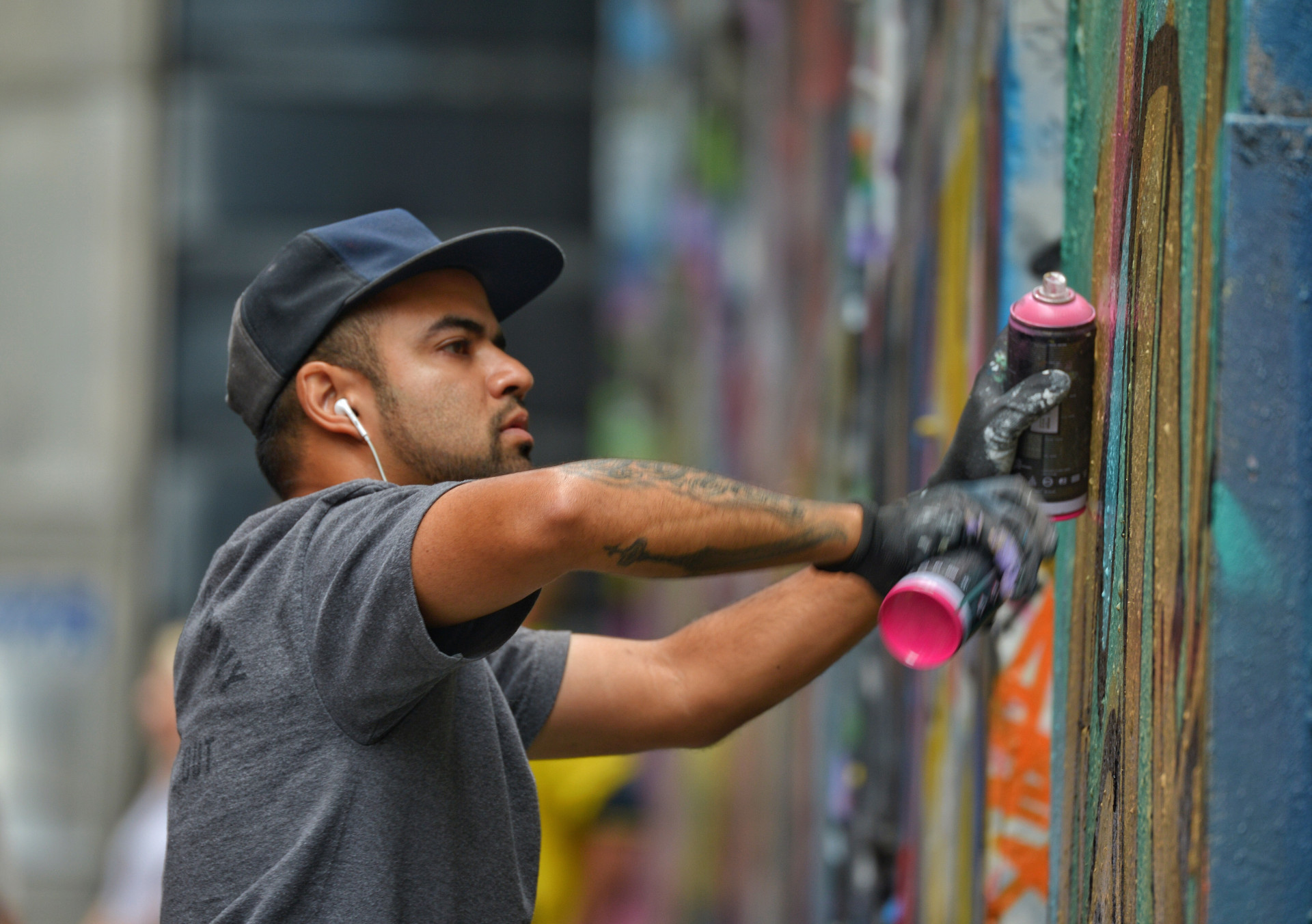 Everyone knows it, everyone has seen it before, some can no longer see it, and others can’t get enough of it: we’re talking about hip hop and graffiti.

Modern graffiti originated with the beginnings of hip hop in New York in the 70s. The first known graffiti artist was a New York pizza boy who came up with the name “Taki 183” and left it on blocks he supplied, “writing” with thin felts.

For years the graffiti culture kept growing and evolving to now have some well-known graffiti artists and spray paint experts such as Keith Haring, Jean Michel Basquiat, and the world-famous Banksy!

How to draw graffiti letters?

For the beginners who want to quickly get an overview of how to draw letters in graffiti style, I have reduced a step-by-step guide to the essentials.

Here we go! The first 2 steps are more for understanding and do not necessarily have to be carried out on paper. You can also do this in your head and start with step 3.

People who read this article also read  What are the tasks of an artist booking agency?

Finally, you can draw a second contour around the entire letter, including the block with a bright color. It is called the second outline. And then you add a background.

Taki 183 was the “first graffiti artist” to bring us graffiti street art as public art. He did not go to jail for this action, but a psychiatric institution, because back then, no one could explain why this person was doing something like that (by the way, we do not know exactly today).

Basically, graffiti continued with great strides: Many people copied Taki and also gave themselves (artist) names (so-called tags), took thicker felts, discovered the spray could and the different spray caps that go with it.

Then somebody came up with the idea to spray subway cars and trains, as they are accessible to a larger audience as moving canvases. Since there was a multitude of unguarded yards (train parking spaces) in New York at the time, this type of graffiti only flourished. Today, it is illegal to carry spray cans in New York, and trains are cleaned at least once a day.

It is illegal in almost all countries to do “wild graffiti”… be ready to run from the police officer if you want to be graffiti writers.

Should graffiti be considered art?

For over 40 years, graffiti has been part of our culture, and you can find graffiti in Hong Kong, graffiti art, New York City, Los Angeles, Paris, London, Tokyo …, so graffiti is now known as a real art form.

When did graffiti start to become popular?

Not only the graffiti but the whole subculture of hip hop (which also includes breakdance and djing but the hip hop culture became independent and began to develop on its own in the 70s.

The style became harder and certain new developments, such as the 3-D style, also received large contributions from Europe.

Learn how to draw graffiti with Eventeus.com!

Eventeus.com is the marketplace for talents and professionals that will revolutionize artistic production!

With Eventeus.com, you can find the best experts and talents worldwide. Still, it is also an excellent way for freelancers and skilled experts to promote themselves to potential clients online and connect t with the other professionals online.

Join the modern marketplace with Eventeus and be part of a unique yet comprehensive community!