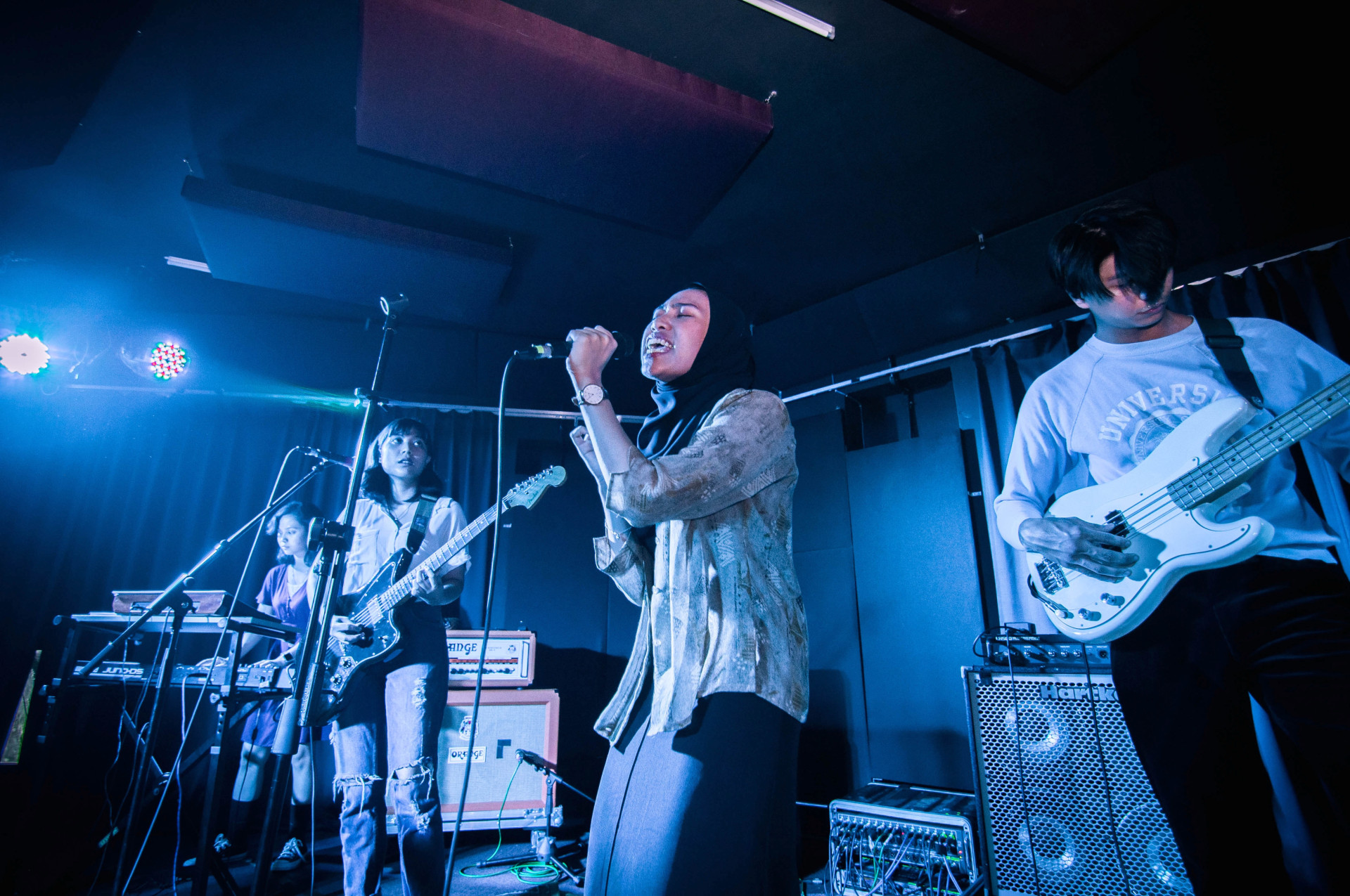 Indie rock is, of course, difficult to grasp, to define because it is too open as a term, and its meaning is also subject to the times. Undoubtedly, other definitions, assessments, and opinions on indie rock construct can emerge — depending on the geographical and temporal perspective.

Indie rock almost exclusively referred to American bands or bands that Americans influence. On the other hand, the term indie rock was not used in England and was either just called indie or had significantly different characteristics under the name indie pop or Brit-pop.

However, during the more indie-heavy 2000s, this changed, however, as bands like the Arctic Monkeys (initially still classified as post-punk) started a new generation that almost consistently produced new “indie rock” bands.

Today, Indie Rock music is acclaimed, and you can now find the best Indie Rock artists and Indie bands online with the best online artists’ and talents’ marketplaces such as Eventeus.com.

What is an Indie band?

As it should be for the indie fanatics, it has probably not been possible for them to find an exact definition for such a broad term. If you believe a notorious website called Wikipedia, however, “Indie” means, among other things, something “unique” as opposed to “mainstream.”

It is partly because earlier artists who fell under this category could not always connect with the big record companies. Therefore, well — how should you put it differently — had to go into business for themselves.

Responding to this, their songs were usually recorded personally and carried out to the outside world. Besides, they were known for producing their own “own” individual sounds to contrast with commonplace pop music.

Independent is initially “independent of major record companies” in the original sense of the word, but today this limitation falls short — indie rock sums up more than that.

Musically, indie rock in the classic sense has been American indie bands since the 80s with a more playful approach. With these bands, you can already see the border to grunge, which is undoubtedly partly derived from the indie rock but has more precisely comprehensible characteristics (such as a more straightforward song structure), and the alternative rock of the 90s was formed.

At the same time, however, Indie rock also represented something like emancipation from these roots. Many band members had previously played in various hardcore or punk combos, such as Sonic Youth. Still, they now turned to the processing of influences from classic rock, hard rock, garage rock, psychedelic, and English wave sound.

People who read this article also read  Find Punk bands to hire for your events on Eventeus.com

Not everything about indie is the same kind of indie music

Of course, everything that is “indie” also falls into the corresponding category. But it doesn’t mean that every sound in this direction sounds the same or that you can’t hear the differences between the artists (regardless of their voices). One can evolve into directions like electro-pop, while the other is based on guitar-based sounds with lots of vocals.

Indie bands are not all Alternative music.

Here, too, you may have something tricky with the differentiation or exact definition. What can be said in general, without burying itself in details and sounding too confused, is that indie feels more at home on the British side of artists, while the alternative is more likely to be found on the American side.

But since this is also not an exact definition, these terms may be exchanged from time to time.

Indie has its origins in British roots. Its meaning has changed over time, mainly there, was reason enough to look for a new term that could best describe this type of music.

What types of indie music are there?

Imagine traditional pop songs on the radio — indie-pop represents the underground version of it. It, therefore, happens again and again that modern pop elements can be found in them, but generally, they usually have a more profound meaning/mood.

Probably the best-known genre of indie music and includes bands like Nirvana or The Neighborhood so that you can better imagine what it should sound like. Their attitude tended against the impulse to achieve commercial success with their music, although this attitude seemed to be considered successful in retrospect.

Refers to the quieter, sometimes more moody side of indie music. If you want to ignore the deep lyrics and look for calming melodies, Dark Indie is definitely perfect.

Here, too, it is easier to first give a list of the artists and Indie bands that fall into this category, such as Fall Out Boy or Panic! At the Disco.

Besides, you will find many independent labels / Indie labels (as an opposite to the major labels) that promote indie rock bands with music such as alternative rock, American indie, Post-Punk, dream pop, Indie pop, Lo-fi, and other guitar-based rock music and general Indie music from the best independent record labels.

Which are the most famous Indie Band?

Indie rock (also called indie rock or indie rock) is a concept that speaks little to the public. And yet, hundreds of groups affiliated with this musical genre are known all over the world.

Here are some of the most famous Indie artists and iconic Indie bands: Stephen Malkmus, Arcade Fire, the Stone Roses, or Arctic Monkeys.

Let’s have a look at some of these world-famous Indie bands in more details:

Is it still necessary to present this Indie band? The Arctic Monkeys display a certain very quirky British standing, which is perfectly transcribed in the “Whatever you say I am” album released in 2006.

People who read this article also read  Hire acoustic bands for your Events with Eventeus.com!

Arctic Monkeys has managed to position itself as one of the best CDs. Indie rock band of all time. It is fresh, spicy, nonchalant, and above all, breaks down codes and limits.

With the “Ok Computer” album, Radiohead could also have found its place in ranking the best Indie bands of the 1990s.

Radiohead is the leading figure in independent rock, even if many band songs have become hits.

A true triumph, Radiohead effectively stood out, while groups like Oasis or Blur were the benchmark in terms of independent rock at the time. Ok Computer is definitely the album that built the legend.

Again, no need to introduce Nirvana, led by Kurt Cobain tragically died at the age of 27. In Nevermind, we find genuine indie rock hymns, which are still on the charts: Smells like teen spirit,

Catchy choruses energized energy, and above all, this album’s provocative aspect will seduce nostalgic people of the good old rock of the 90s.

If Elephant finds its place in the ranking of the best independent rock records, it is mainly thanks to the song Seven Nation Army, covered many times by hundreds of artists but never equaled.

Again, this is a real hymn, a rallying cry for all lovers of saturated guitars

An Indie band beyond comparison, the group Muse fills stadiums and has seduced many music lovers keen on indie rock. The Absolution album does not leave you indifferent: we find powerful sounds, as much as sad and nostalgic songs which plunge us into a very particular atmosphere, that only Muse can transcribe.

How to start an Indie Band?

Long gone are the days when young people made their music in the garage of the family house. Although many young people still practice this way today, there are fewer of them than before.

Today, we invite you to discover the few steps to take if you want to become a star, finally, if you’re going to create a music group. Many of us dream about it but cannot always follow through with such goals due to different reasons. I’m telling you, if you have the talent to do it and if you want to do it, now is the time to go for it. Tomorrow it may be too late.

Do you play an instrument, do you sing, and want to share your talent with other enthusiasts? Putting together a band can be a great experience… and maybe it could give you glory. But let’s start with the basics: create your group! Uh, OK, where do we start?

Rather Indie Pop, Indie Rock, Alternative, Punk, etc.? Your style, your musical influences: these are the basics for creating a group.

Before you go looking for a bassist, guitarist, or singer, you first need to be clear about your genre and know what style of music you want to play. Display the color from your first research to avoid (future) misunderstandings!

Different means are available to you, from the simplest to the most technological! Pin your classified ad on your college notice board and wherever you go: your music school, the music store where you buy your strings, the bar you go to after class, etc. Do not also hesitate to scour the places in which you follow concerts.

You can also use social networks and ask your contacts to share your ad on Facebook or Twitter. Websites are dedicated to amateur musicians: you can communicate on the forums, specifying which is your city.

However, the best way is to connect to the best talents’ online marketplaces such as Eventeus.com, recruit the best artists and musicians worldwide, and connect with the Indie music community online.

The choice of musicians should not be based solely on their level. OK, they have to master their instrument, but playing together is also a question of feeling! Hopefully, you will spend many hours each week together, maybe for years: * Trust your instincts. *

Take the time to get to know your future musical companions by attending concerts together or by organizing an informal first rehearsal.

Before choosing your location, several questions arise. Suppose it is a rental, set a budget ceiling not to be exceeded, as well as the conditions of use: instruments stored on-site or not, frequency and schedule of rehearsals, etc. If the room is located in a garage right next to the living areas, rehearsing in the evening can be a problem.

Consult the real estate ads, find a rental for services (the owner lets you use his premises in exchange for minor work to be done), or ask your parents for permission to use their garage or their cellar.

Even if you are not going to sign a contract with a label overnight, it is essential to establish rules:

It may sound a little formal to you, but having “a band code” already will allow you to resolve difficult situations more quickly when the concert dates start to arrive.

Are you looking for an Indie band near you? Would you like to connect with the best professionals around the globe? You can now access a comprehensive network online!

Eventeus is a modern online marketplace that connects the best freelancers, artists, and professionals worldwide to customers and companies looking for people in the field of entertainment, music, dance, events planning and set up, and more.

Join the Eventeus.com community now and find the best professionals to maximize your guests’ impact, learn new activities, develop your events and create the best parties anywhere around the world in a few clicks!