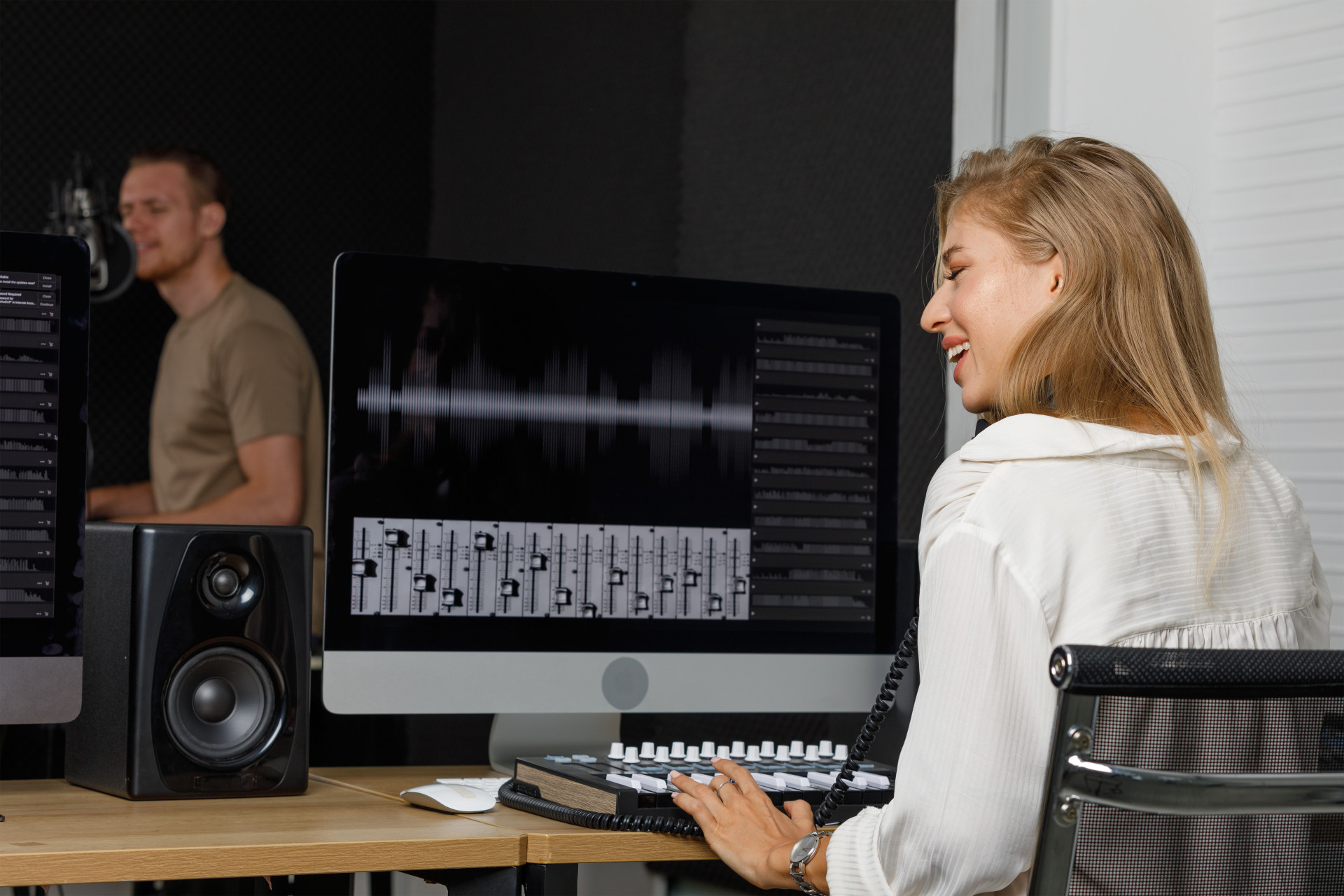 Partly Oscar-winning and yet often unknown: music arrangers. Without them, some pieces like the West Side Story would not have been so successful.

Today, however, this music profession plays less and less of a role.

What is Music Arrangement?

For a few years now, musical arrangement has been gaining importance for producers. They use new technology (including computers and keyboards) to reduce the former Broadway orchestras of 25–35 musicians to a maximum of 15 musicians for cost reasons.

Besides, a completely new style of arrangement has become popular. The entire orchestra constantly plays at different volumes, but only a few instruments together, which are amplified electronically.

What does a Music Arranger do?

A musical arranger is a co-creator of pieces of music. He plays an essential role in the line-up of the musical instruments and enhances the pieces’ sound. It aims to prepare the works for sound recording or performance. He takes on the tasks of a music composer, conductor, or producer.

A musical arranger is the instrumentation’s set-up or the vocal part of a composition for the performance or sound recording. He creates a musical arrangement (= processing) if the composer does not want to do it himself or does not have the necessary know-how.

The basis for creating an arrangement in the classical sense is reading and writing notes, knowledge of harmony theory, composite interpretation, and phrasing. According to the old tradition, some arrangers work closely with a copyist who, after working out the overall arrangement (in score form), writes out the individual instrumental parts from the score and notes them out individually according to the respective transposition the instrument.

Most arrangers now work with computers and a modern music notation program, with which you can print out both the score and the individual parts.

In modern music production, the music arranger is usually a composer, musician, and producer in one person. The music productions are often produced on the computer in their recording studio, and the transitions here are fluid.

The “writing” of notes has hardly any meaning here either. Instead, the arranger defines which instrument is played at which time with which sound. In everyday life in the recording studio, the arranger, if he is not the producer himself, works closely with the commissioning producer or artist/composer and implements their musical and aesthetic wishes.

In modern film music, the arranger is often the music composer and keyboard player rolled into one. He presents his compositions and arrangements to the director in so-called “MIDI arrangements”. As a result, music composers and arrangers of this genre usually have the latest sampling technology (large orchestral libraries mentioned here) in their recording studios.

There are also specialists among the group of arrangers who work out arrangements for musical sub-areas, e. B. Vocal arrangers, string arrangers, brass, or wind arrangers etc.

How to become a Music Arranger?

The arranger is usually himself a well-trained instrumentalist and has extensive knowledge of the individual musical instruments, their good-sounding and playable areas, knowledge of musical styles and forms of composition, and the composer of his/her composer her works.

Often the arranger also takes over the direction of his arrangement, i. H. the arranger conducts the orchestra or the band himself and works out with the musicians to interpret the desired by the composer or producer.

The tasks of an arranger are diverse and differ from order to order:

If there is an existing orchestra, the job is to use the instruments available to implement the music genre demands best. It is different from musicals or film scores. As an arranger, you have a significant say in which instruments are used. Thus, the influence on the sound is huge. The respective epoch plays an important role here. For example, for a work that belongs to the 30s / 40s, you would use saxophones, muted brass and guitar. If the piece is more likely to be played in the 19th century, you will need instruments from the classical symphony orchestra. But when it comes to music that should sound like it did in the 60s / 70s, you can’t ignore electric guitars, electric bass or various Hammond organ sounds.

People who read this article also read  How to hire dancers near me for my events and parties?

Nowadays, one mainly uses modern sampling methods and creates a musical layout on the computer. As a result, the classic profession of the arranger is becoming less and less critical. They act more than music producers, determine which instrument plays and how the sound is implemented.

How to find the best Music Arrangers for my projects?

Thanks to the best online platforms dedicated to freelancers, artists, performers and sound experts, you can now quickly screen music arrangers’ profiles and find the best music arrangement experts for your following projects.

With Eventeus.com, you can also create your job alert and get music professional from all around the world to contact you directly.

Get Music Arranger jobs on Eventeus.com!

Are you looking for a music arranger near you? Would you like to connect with the best professionals around the globe? You can now access a comprehensive network online!

Eventeus.com is a modern online marketplace that connects the best freelancers, artists, and professionals worldwide to customers and companies looking for people in entertainment, music, dance, events planning and set up and more.

Join the Eventeus.com community now, and find the best professionals to maximize your guests’ impact, learn new activities, develop your events and create the best parties anywhere around the world in a few clicks!

Get hired for online translation jobs with Eventeus.com!

Book a freelance artist for your next event with Eventeus!