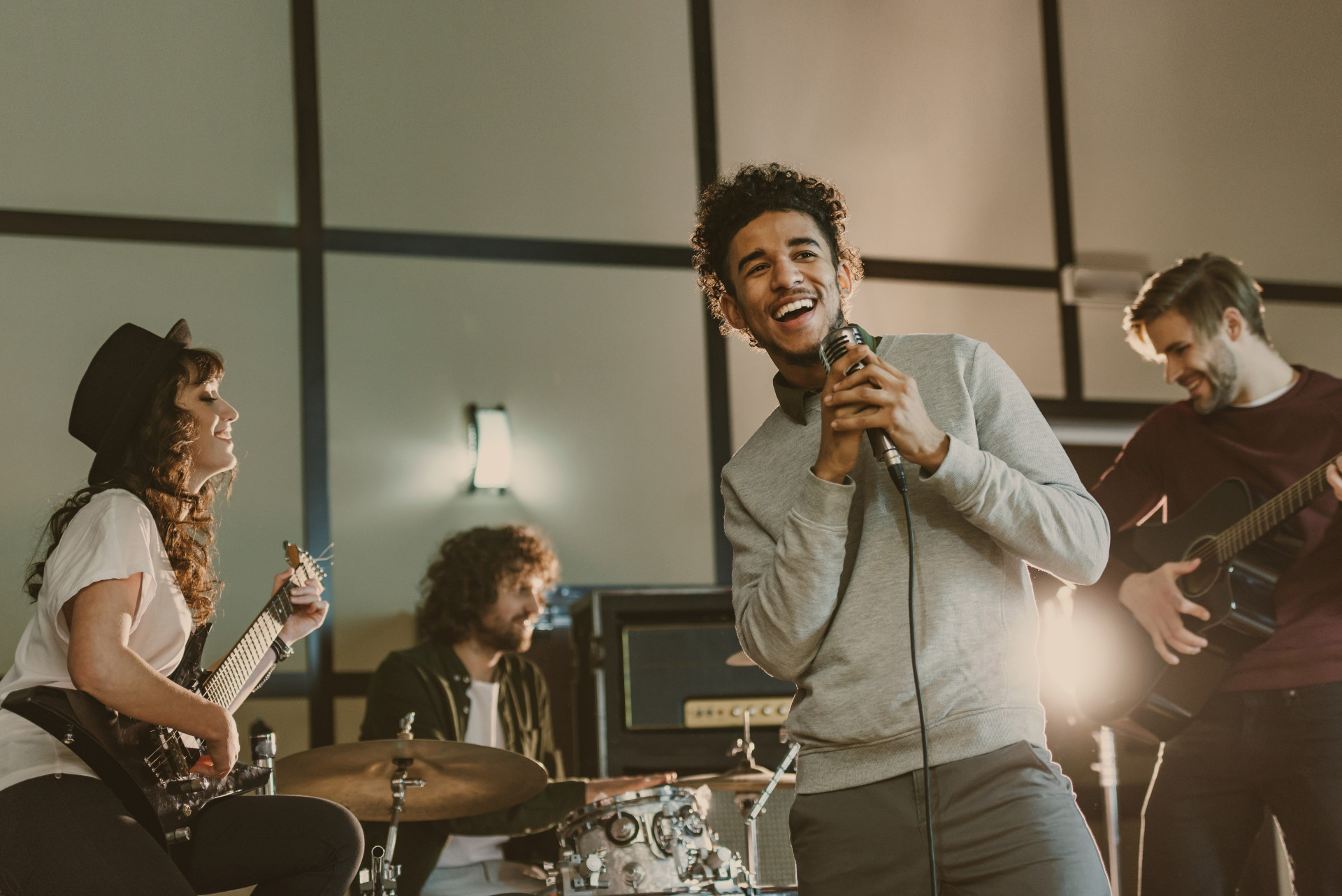 In a symphony orchestra or a rock group, with a violin, a dry guitar, or a transverse flute, the musician uses his sensitivity to transmit emotions. He can be a composer or a performer, or both at the same time! In any case, his schedule includes auditions, daily rehearsals, and concerts. Sometimes the musician is also a singer or a teacher.

When he has an independent entertainer and freelancer status, he is often obliged to diversify his activities to supplement his income. His pace is sustained, and his trips frequent, and his schedules staggered: he works evenings, weekends, and public holidays.

Suppose you play an instrument as professional musicians and perform in a variety of styles for a recording studio and live audiences. In that case, Eventeus.com is the perfect online platform to find a full time and part time job as musicians and singers.

What are musician jobs?

A musician’s job consists of playing or composing music. The instrumental musician can follow two paths. On the one hand, classical musicians, with a philharmonic orchestra, participate in rehearsals and concerts. And on the other hand, there are modern musicians (rap, rock, funk, or techno) who can only rely on the ability to make contacts to practice on various media (concert, creation of albums …).

There are several types of musicians:

Skills and qualities: The musician must have an irreproachable technique, know how to work in a team, and have a musical ear.

How much can you make with musician jobs?

The musician has a very variable status according to his rate of notoriety and his success. While some meet with immense success and recognition from both the profession and the general public and thus manage to earn a living easily, others remain rather confidential and must diversify their activities to supplement their income.

Namely, the profession of musician is often exercised in intermittent status, but a national orchestra can also recruit this professional under contract. Generally, this is a variable and sustained pace profession, which often involves working in the evenings, weekends, and holidays.

Note that the musician can also teach his art in colleges or high school (provided that he holds a specific degree).

Likewise, the salary of a musician is hugely variable depending on the status of the latter. As an employee of a national orchestra, he receives a fee of around € 3,200 gross per month. As a teacher, his salary is € 1,800 net at the start of his career.

Where to find the best musician jobs?

The musician must be passionate about his art and perfectly master its knowledge (musicology: the history of music, etc.), techniques, and practice. He must know how to read scores, understand music theory, master the use of one or more musical instruments, have a sense of rhythm, etc. It is also preferable that he be inventive and creative because his overflowing imagination will perhaps allow him to invent THE melody to make his success.

If he works as a music teacher, the musician must be incredibly patient and pedagogue to succeed in transmitting his knowledge as well as possible.

A musician must also be an excellent communicator and have an overly developed sense of contact. His success will also depend on the connections and links that he will create throughout his career: well-supplied addresses will always be preferable for him.

As an independent musician o a freelance artist, you will need to join online marketplaces and networking platforms online such as Evenetsu.com to find new potential clients, showcase your skills as a musician and promote your services and profile to people worldwide.

Besides, Eventeus is an excellent way to connect with people in the music industry. From other musicians to music labels and agents, you can find the best network access with these platforms and get your career moving forward.

What is the job outlook for a musician?

The reactions of people around you can be like this when you tell them that you are studying music. The course of study and the choice of career is so varied. So what can you do with a degree in music?

You notice that after studying music, there is a multitude of jobs that you can do. The professions listed above are only a small selection. If you specialize, there are, of course, many more options.

Music legends like Mozart and Chopin or exceptional talents like the Chinese pianist Lang Lang and the Italian composer Ludovico Einaudi have made it. They earn fame for their work and are known all over the world. Many people see this as a success in the music industry. All other musicians are poor suckers who have to earn a hard-living, they believe.

But the truth is different: there is a broad middle class. Most of these artists have relatively stable incomes. They may not be world stars, but neither are they poor. And in the opinion of many artists, that is a good thing because they are dedicated to art. It is much more important to them to make good music and to inspire the audience.

Of course, some have set themselves the goal to conquer the world with their music and sell one record after the other. It presents young talents with a great challenge, especially in classical music, as the competition is very strong.

However, with a lot of discipline and practice, this dream could become a reality.

On the one hand, artists produce music and want to become famous for their fantastic film music.

On the other hand, musicians (instrumentalists) interpret music pieces by composers, songwriters, and authors. For example, guitarists, drummers, pianists, and saxophonists use their instruments.

Most musicians have usually chosen one genre (e.g., classical, jazz), but a mix of styles is also possible. Artists love to have the freedom to let off steam and express themselves creatively.

Musicians can be on stage as solo artists or be part of a group. For example, as an orchestra member, you can play in theaters, operas, or musicals in the orchestra pit under the stage and accompany performances live.

Pop or rock bands, for example, study a repertoire of cover songs, arrange their songs, play them at concerts and record them in the recording studio to publish them later. If necessary, they can also be booked as party bands for various occasions, or they can be hired as leading bands for the musical entertainment of TV shows.

They are also used to play jingles for commercials on radio or television. In the end, solo artists can pursue almost the same activities as bands.

Bu with the difference that professional musicians spend a large part of their work with personal practice hours to optimize their own skills. Then there is the rehearsal of new pieces of music. It takes a lot of time, as musicians even do without their sheet music at some performances and play them by heart.

Many musicians also earn some extra money by teaching music privately or at various training centers. They teach interested people how to play instruments, teach composition, songwriting, or other topics.

Sectors in which musicians find employment:

Find gigs and get musician jobs with Eventeus.com!

Eventeus.com is a unique and comprehensive marketplace for talents, artists, and other experts and freelancers.

From high school music teacher in the united kingdom to music director in the united states for recording sessions or live band musicians on cruise ships, you will find all the information included in the daily offers and bids. A unique platform with a custom job alert for the ones who want to learn to play a musical instrument as well as for musicians specialized in specific music and gigs.

With Eventeus.com, companies and participants can exchange ideas and discuss the clients’ projects to define a custom work based on the freelancers’ skills and the clients’ needs.

As a client, you can easily find the matching talent together with the right companies. It also enables authentic conversations and increases the chances of success for targeted projects.

Finally, Eventeus offers the recruiters and the talents a precise platform for relevant job advertisements from the companies and an online presence with the freelancers’ profiles and skills.

Join Eventeus now and find the best musician jobs near you and worldwide.

Get hired for social media influencer jobs with Eventeus.com!