Find Punk bands to hire for your events on Eventeus.com 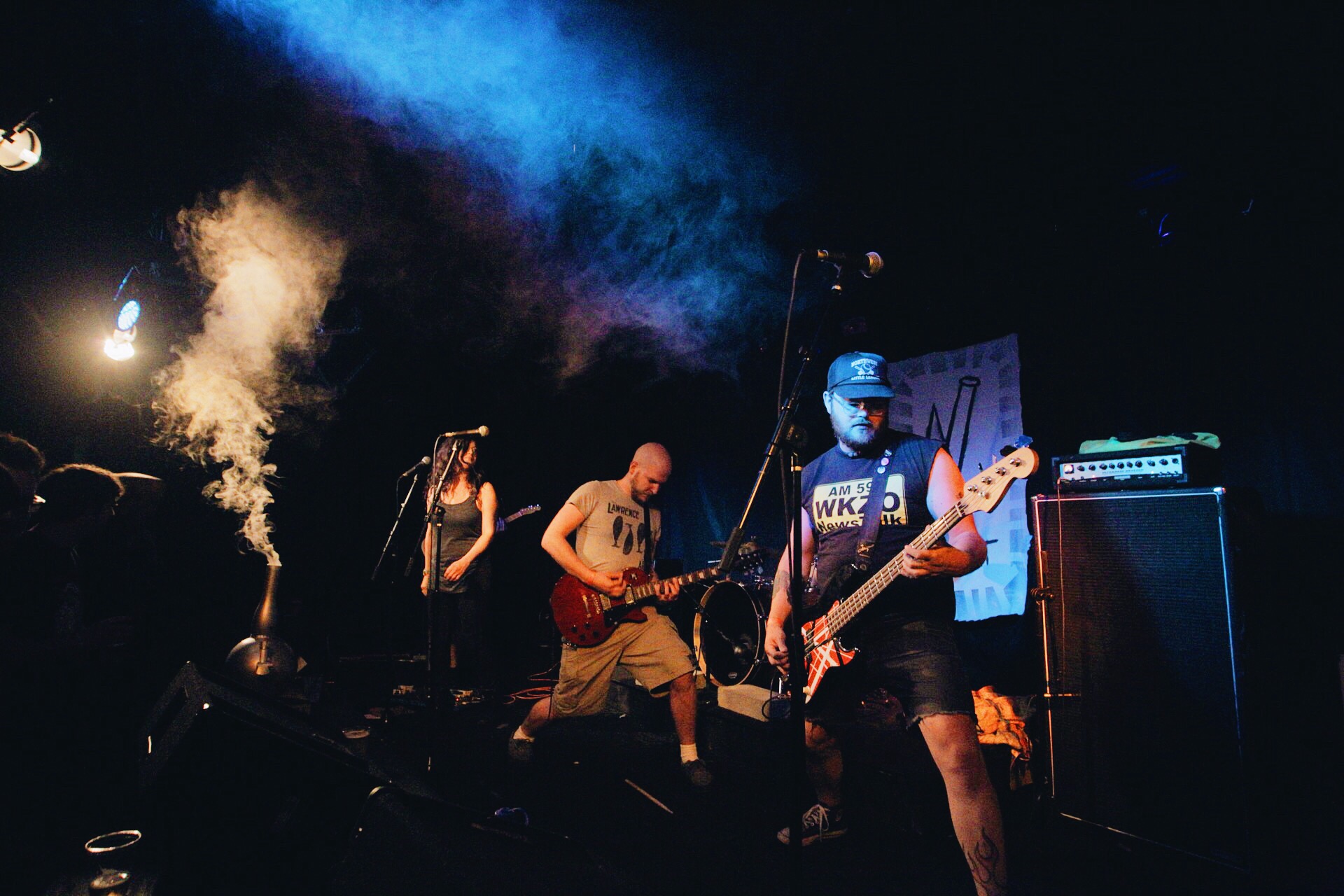 You are about to organize an exceptional evening, and you are planning to host a live band. In search of solutions, you can’t find the right punk rock band you wish to book, and you don’t sleep anymore.

Your evening has to be perfect, and you know how important music plays in a social event.

Your entourage may know how to find musicians to liven up your evening. As some members of your family may have called on musicians to energize their birthday parties or other small group events.

But beware. Calling a friend is a joker, and that joker can sometimes be a source of surprise. Try to bring together as many elements as possible about the musician proposed: video, music, etc. Besides that, an artist who records great songs will not necessarily be an ace on the stage!

In order to find the musician for your evening, you can contact artist agencies and music labels. Through this solution, it is possible to get in touch with artists whose names are starting to gain popularity. This solution can prove to be relatively expensive.

Beware: with this kind of group, you will need thunderous logistics.

Option 3: Site for connecting with talents and musicians … success rate: 100%!

Talent platforms, dedicated to help performers to promote their gigs and helping event organizers to find live bands is a safe bet and an excellent way to discover experienced artists or new talents.

How to hire Punk Bands near you on Eventeus.com?

At Eventeus, the all-in-one talent platform that connects clients to artists, performers and live bands, you can find the punk band for your event.

Do you want to organize a party near your home or anywhere else in France or around the world? With our 24/7 online platform, we help you find music groups and musicians that suit you, and you finally have a large selection of artists, bands and performers.

Unloaded from the search for musicians and guaranteed to get satisfaction, calmly organize the rest of your event.

What is punk music, and what is a punk band?

It is a musical movement that reached its peak around 1977 in Great Britain. Punk, or punk-rock, wanted to be the raw expression of an idle, rebellious and provocative youth. It gradually evolved into a more accessible and less politicized form, the skate-core, to deliver its latest modern variation: the pop-punk.

The birth of punk is undoubtedly one of the most important events in the history of rock.

Initially, in the mid-1960s, it was a way to designate amateur and noisy rock groups, which rehearse in garages (hence, also the name “rock garage”), like the Americans The Shadows Of Knight, The Sonics or The Remains.

Afterwards, the name reappeared in 1970 in the United States to designate wild bands and original music, whose themes revolve around the sex, drugs and Rock ’n Roll: Iggy Pop & The Stooges and The New York Dolls.

Later on, the manager of the latter, a Londoner by the name of Malcolm McLaren, is going to export this term and this concept to the British capital, to market it literally by launching a group which it manufactures from scratch, The Sex Pistols.

Then, with significant blows of provocation and sarcastic texts, advocating anarchy, scandal and a total lack of instrumental technique, the Sex Pistols open a breach in which engulf a multitude of artists eager for scandal, keen to break with the “pretension” that had settled in rock in the 1970s:

During the 80s, staring in Washington DC, even faster and more aggressive styles, such as hardcore punk evolved and became an essential component of the punk landscape.

Musicians who identify with or gets inspiration by punk-rock have allowed it to expand and diversify.

Consequently, these practices notably gave birth to the alternative rock movement, post-punk. From the mid-1990s, new pop-punk groups like Green Day or The Offspring offered the genre new popularity several decades after its emergence. Moreover, the late pop punk bands were born with the skate and surf movement in Los Angeles and San Francisco.

Who was the first punk band?

Bands like The Ramones, The Sex Pistols, and its iconic lead singer Johnny Rotten and The Clash are recognized as the pioneers of a new musical movement.

In 1977, punk-rock spread around the world, and it even influenced famous rock bands such as The Rolling Stones.

What are some punk rock bands?

The list is endless, and the punk style music can be found in many styles of punk bands. But if we had to list some big names and ionic lead punk bands, here they are the Ramones, Dead Kennedys, Minor Threat with lead singer Ian MacKaye, Black Flag, Bad Brains, Straight Edge for the American punk music.

People who read this article also read  Find “one-man-bands” for your events on Eventeus.com

Furthermore, some British punk bands you have to know would be The Clash, London SS, Buzzcocks, the Damned, the Addicts, etc.

Notably, if there were only one, the Sex Pistols would stand out for their punk act, their famous punk albums, and the most famous and acclaimed punk band ever!

Who are The Sex Pistols?

The group creation took place in 1975 in the United Kingdom. The members are Johnny Rotten: vocals, Steve Jones, Paul Cook, and Glen Matlock.

In 1977, Sid Vicious took place of the bass player, an admirer of the group who does not know how to play bass. Sid Vicious died a year later from an overdose.

The Sex pistols conveyed very pessimistic ideas like “no future! Destroy!” They created riots during their passage on the television sets or at their concert and were prohibited from shows.

The Sex Pistols was the most popular group in the punk movement in England. Very present in the newspapers, “the monster with foaming lips” was Johny Rotten’s nickname .” Sid Vicious, also famous for his escapades and was the subject of a film.

What are the different kinds of punk music?

Since its emergence in the mid-70s, punk rock has resulted in a series of derivative musical genres, sometimes merges between punk rock and other distinct musical styles.

It is a genre where an anarchist ideology is emphatically expressed. Many groups dressed only in black, a practice popularized by the British punk band Crass.

Launched by the Irish group The Pogues, Celtic punk combines the instruments of punk rock and Celtic music.

It is a mix of punk rock and country developed by the Scorchers, Beat Farmers, and Dash Rip Rock.

It is the term used to describe a hybrid musical genre combining traditional Rom music, punk and other styles of music.

It is a genre that emerged in the late 1970s that became dominant in the 1980s. The tempo is usually faster than traditional punk rock and is often dotted with blast beats.

The music played tends to mix elements of Gothic rock with punk rock, to create a darker form of punk rock.

The Oi! is a genre developed by groups as Cockney Rejects, The 4-Skins, and The Exploited, who wanted to juxtapose punk rock with a popular working-class movement.

Often influenced by the Ramones, pop punk groups mix the punk rock instrumentation with melodies comparable to those of pop. For instance, Bad Religion and Descendents became important pop-punk bands.

It is essentially a fusion of rockabilly of the 1950s with the punk rock.

It is a fusion of ska and punk rock. Experimentation with the fusion began in the Jamaican neighborhoods of London, but it was not until the late 1980s that American groups made the foundation of their style.

Which pop punk band are you?

At the height of its glory in the 2000s, pop-punk was born in the United States and grew up in the pits of the Warped Tour, an alternative-inspired festival touring the United States. It is a joyful mixture of adolescent rebellion and popular music in which raging riffs and tangy chords meet.

Pioneers of the genre in 1984, they are now the pop-punk grandpa. The social message, scouring riffs and frantic pace, The Offspring highlights the “punk” of “pop-punk.”

It had been the subject of much ink since the group’s beginnings in 1990, its members being described as punks by the music press and “sold” by the punks themselves.

The precursors of the genre. A group of eternal adolescents, Blink-182, remains a benchmark twenty years later.

Punk-style cabaret music, pop-folk melodies reminiscent of the Beatles, that’s all the various inspirations for Panic. Their third album, Vices and Virtues, is the most pop-punk of all.

It was one of the groups most representative of the movement when this song was released in 2005—the kings of the subtle metaphor.

How to sing in a punk band?

Punk is the truth. Punk rock music is deceptively simple and includes understanding the history of this genre of music. Thus, if you want to learn to sing punk tones, it is essential to learn how to develop an authentic and unique vocal style and rock on stage to keep people entertained.

How to make a punk band?

Finding musicians and singers to make a band is not an easy task. Likewise when you want to make a punk band, a music which is not as mainstream as many others, it can be a rather difficult task!

On Eventeus.com you can find people sharing the same interest as yours and create a band together.

How to hire a punk band for your events on Eventeus?

Whatever your occasion, a live band is always a great way to party! But, not everyone has the habit of booking a music band.

Eventeus is an online talent platform where you can find other punk rock musicians, singers, and bands as well as many different kinds of artists, performers, and more.

The idea behind Eventeus is to bring together talents and event organizers. To create the connection, to give more choice to clients when organizing the entertainment and all parts of their events and parties, ad to provide the performers with a place to showcase what they do and reach new potential clients.

Find henna tattoo for hire near you on eventeus.com!

How to hire dancers near me for my events and parties?